It received less attention than the other Nike and Air Jordan models in the OFF-WHITE x Nike “The Ten” collection, but the Converse Chuck Taylor All Star by Virgil Abloh is no less important. Released in early 2018—much later than the rest of the pack—the Chuck Taylor is the final installment in one of the most storied sneaker collaborations. The Chuck Taylor is inspired by the idea of “Ghosting” and features a translucent upper with clear outsoles. The word “Vulcanized” is boldly printed on each heel 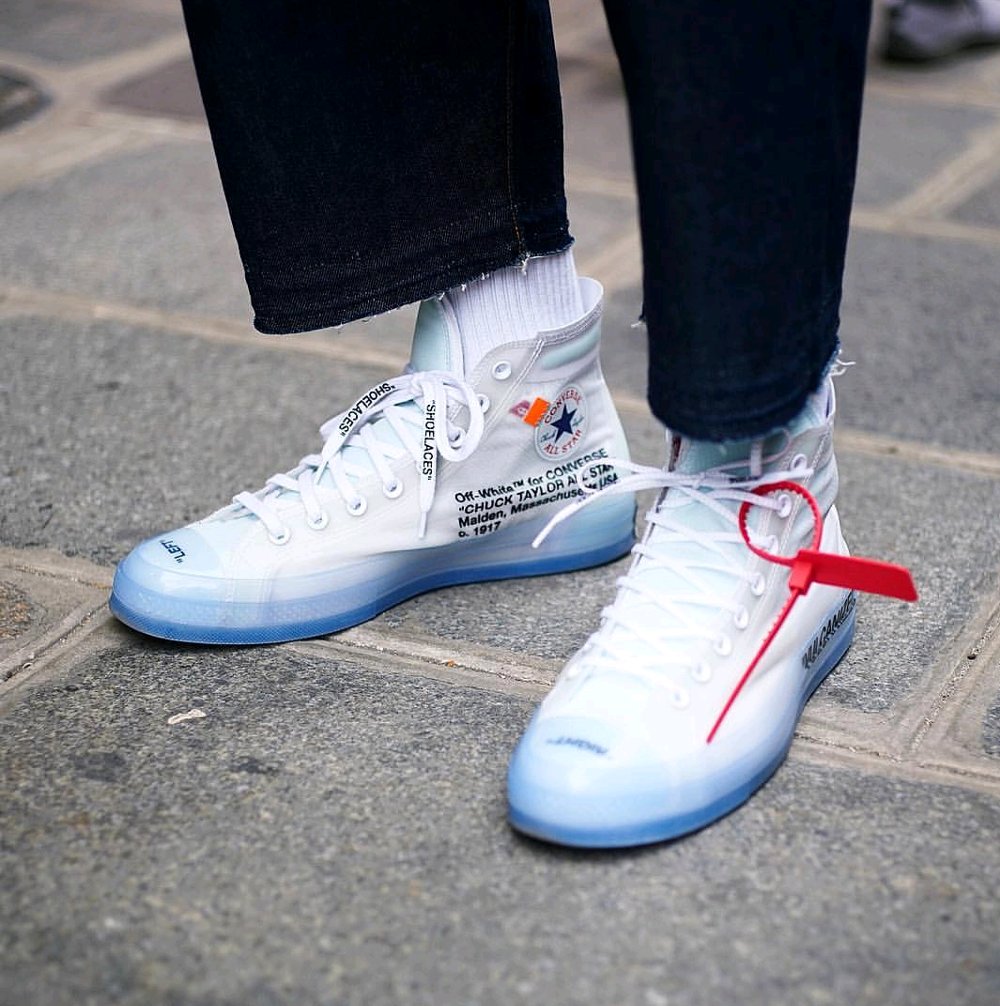 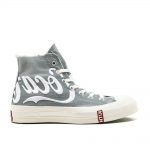 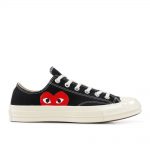